Background :Muga silk is unparalleled in the richness of the fabric, its golden sheen and its durability, which sometimes outlives the wearer! It improves with every hand-wash and its lustre too increases after each wash. The state of Assam is where Muga has been cultivated in a concerted manner for the last few centuries, and it gained in credence under the Ahom regime from the thirteenth to the early nineteenth century. In fact this is considered as the golden period for muga culture in Assam. With the co-operation and initiative from Ahom kings, the rearers, reelers & weavers became skillful and the industry grew rapidly.But it was always considered to be the preserve of royalty.

Revival Its revival and reinvention as an important fashion statement by today’s women has received a boost by Muga revivalist Sampa Das, who has spent more than four decades working on innovation with the weavers of Sualkuchi near Guwahati and has been supporting handloom for an even longer time. Sualkuchi is considered to be the Manchester of Assam, where the entire population is engaged in weaving exquisite silk fabric, be it muga, pat or eri. The sarees that Sampa Das has sourced and given credence to through her intervention at Sualkuchi are now part of the wardrobes of women from all walks of life—politicians, film personalities, artists, novelists, socialites, to name some categories.

Cultivation: Muga is obtained from the semi-domesticated multivoltine silkworms, (Antheraea Assamensis, endemic to Assam) which feed on the aromatic leaves of the Som and Sualu plants the process is highly labour intensive to obtain the exquisite golden fibre that these wild silkworms produce. The spinning and weaving takes place on a cottage industry scale, but the end product is an exceptional range of sarees, mekhala/chadors and other handloom weaves.

What you have purchased today is one-of-a-kind, getting its unique quality from the efforts of revivalist Sampa Das. 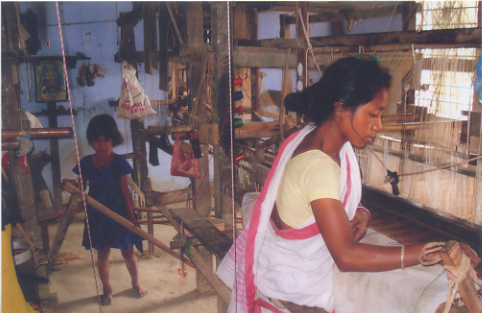 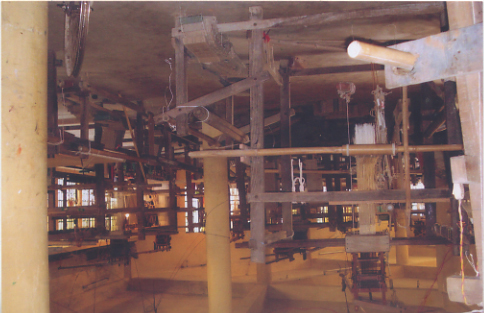 Find Us on map